Amongst the species of wildlife that can be seen in Barbados, there are two much-loved animals; the Green Monkey and the Hawksbill Sea Turtle.

About 350 years ago the Green Monkey arrived in Barbados from Senegal and the Gambia. As a result of environmental differences and evolution, the Barbados monkeys differ from their ancestors. They can be seen all over the island wherever there is natural vegetation and woodland. The infant monkeys often appear blue in colour but as they mature they develop a thick fur which is brownish-grey with specks of yellow and olive green which in some lights looks green.

The critically endangered Hawksbill Sea Turtle is distinguished from other sea turtles by its sharp, curving beak and serrated edge to its shell margins. They are believed to only start breed when they are 20+ years old and Barbados is currently home to the second-largest Hawksbill turtle nesting population in the Wider Caribbean, with up to 500 females nesting per year. Barbados has an active monitoring and conservation programme to protect the nesting female and hatchlings.

During one of her many trips to research new product and skilled craftspeople, Jenny met a couple of hugely talented sculptors of animals. Together they have developed a series of limited edition sculptures of Green Monkeys and Hawksbill Sea Turtles for the Barbados showroom. Modelled in ceramics, they are fired using the ancient and difficult Japanese Raku technique which is mainly black and white with a touch of colour and results attractive textures and crackling of the glaze.

Early in December 2013, the first batch of the large monkeys and their babies were installed in the showroom window in Barbados together with a large Sea Turtle. Each monkey or turtle is individually sculpted and has its own character. They were in the window for a couple of days and the whole stock sold immediately. A second edition of monkey sculptures was delivered in January and all the baby monkeys sold in a week. 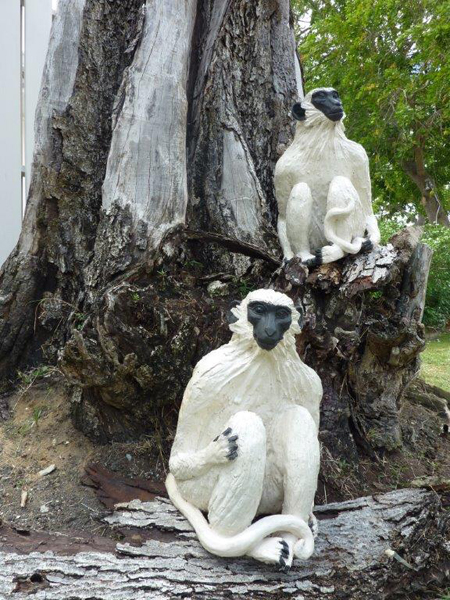 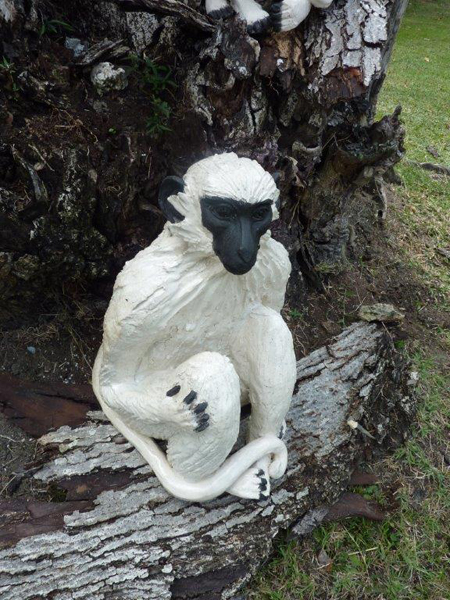 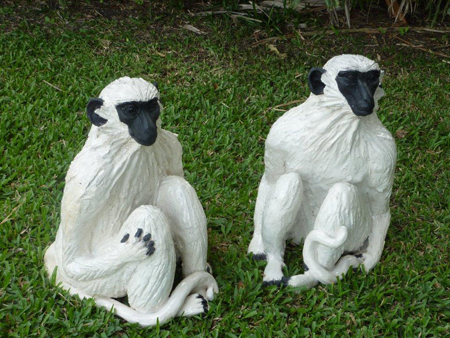 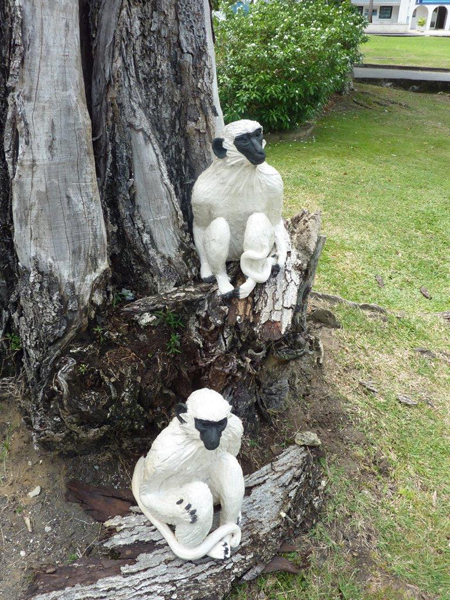 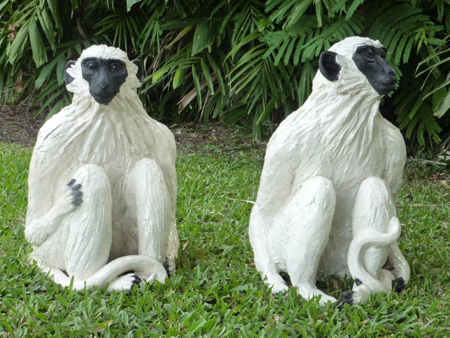 One thought on “Wildlife in Barbados”