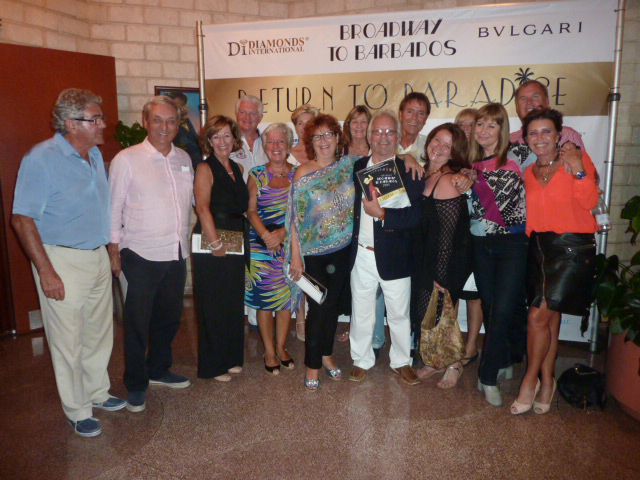 When you think of Barbados, you may see (think of) miles of golden beaches, the clear blue sea or maybe the native green monkeys. I doubt you would think of Broadway musicals and yet the glitz and glamour of Broadway has arrived in Barbados!

We are delighted to have been able to support our good friend and client, Mr Robert Bourque with his charitable trust “Broadway to Barbados” over the past five years.  The trust brings over some of Broadway’s biggest stars from New York to take the guests through a musical journey of popular Broadway hits.

The trust was created to help buy vital equipment for Barbados’ main hospital, The Queen Elizabeth, which services not only Barbados but provides emergency care for many of the surrounding islands.  When Mr Bourque approached us we were only too happy to support such a worthy cause. This year our Barbados showroom has donated some beautiful bespoke gifts to go into the event’s silent auction.  We will continue to support this wonderful initiative for as they say on Broadway, “The show must go on!” 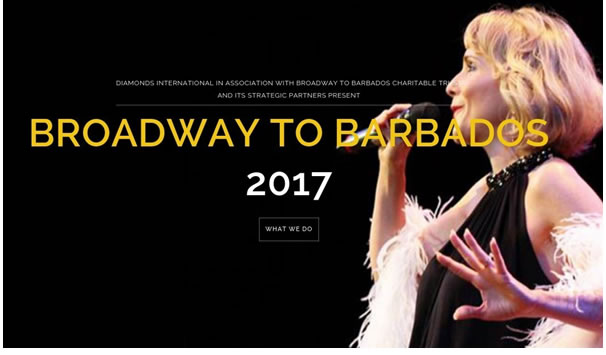 Here at Jenny Blanc we sponsor the Broadway to Barbados Charitable trust, whose Chairman & Project Coordinator is our friend and client Robert J. Bourque. The trust has been set up to raise money for The Queen Elizabeth Hospital, especially its new Medical Intensive Care Unit, of which the island is in great need. The trust also aims to create a ‘Nurses Appreciation Program’ to improve the morale of 600+ nursing staff, as well as the repair of equipment, training programs, and a ‘Kids Helping Kids Program.’ Every year this fantastic organisation puts on a Broadway Musical Revue over a period of seven days, flying the best Broadway stars to the island for a truly memorable experience, and to raise money for this important cause.

This year Emma Blanc our Caribbean Director, and Sue Thomas-Richardson our Design Director accompanied some of our wonderful clients and friends to a performance on Thursday 19th February 2015 at Frank Collymore Hall. They gathered at the famous Tides restaurant for drinks and canapés before the performance, serving Sir Cliff Richard’s wine Vida Nova, which he has recently launched in Barbados.

The performance was produced by award-winning Neil Berg, who has created many Broadway hits including The Prince and the Pauper and Closer Than Ever. The cast of Broadway Stars performed hits from The Phantom of The Opera, The Rocky Horror Picture Show, Jersey Boys and Gypsy. This year’s theme was ‘Return to Paradise’, and is sponsored by Diamonds International and Bulgari amongst other organisations.

– Broadway to Barbados is a registered charity No. 1057