Last week London was abuzz with the excitement of the Chelsea Flower Show (widely considered to be the ‘greatest flower show on earth’). I thoroughly enjoyed it this year as always however, today I’m going to be handing the reins over to Design Director Sue Thomas-Richardson who has a very personal connection with one garden in particular. So without further ado – over to Sue!

‘As a Barbadian born and bred, I was of course delighted that the Barbados Horticultural Society have been awarded a gold medal (their eighteenth in 28 consecutive years) at this year’s Chelsea Flower Show. My mother is a long serving member of the BHS and brought the first Barbados exhibit to Chelsea Flower show in 1985. She was heavily involved every year after until her retirement in 2010 at the grand age of 88 so it has a very personal connection for me. Barbados is a very small island but thanks to the dedication of members of the BHS and it’s team of volunteers (both on the island and here in the UK) we can not only have a presence at a world class exhibition such as the Chelsea Flower Show but take home a gold medal – an absolutely incredible achievement!

The theme for the 2016 exhibit, ‘This Place Barbados’  (in a year when we celebrate 50 years as an Independent Nation) vividly depicts the shape and topography of the island, complete with the country’s 11 Parishes, each one represented by different flowers and foliage, surrounded by several quintessential natural features and attractions. From the vibrant colours of Bridgetown Market and the Oistins fishing village in the south, to the swaying sugar cane and golden rum of St. Lucy in the north, visitors to the exhibit enjoyed a visual trip around Barbados that also magically reveals the magnificent underground splendour of Harrisons Cave and the lush botanical gardens found within the fertile tropical interior, including Orchid World, Andromeda, Flower Forest and Hunte’s Garden. 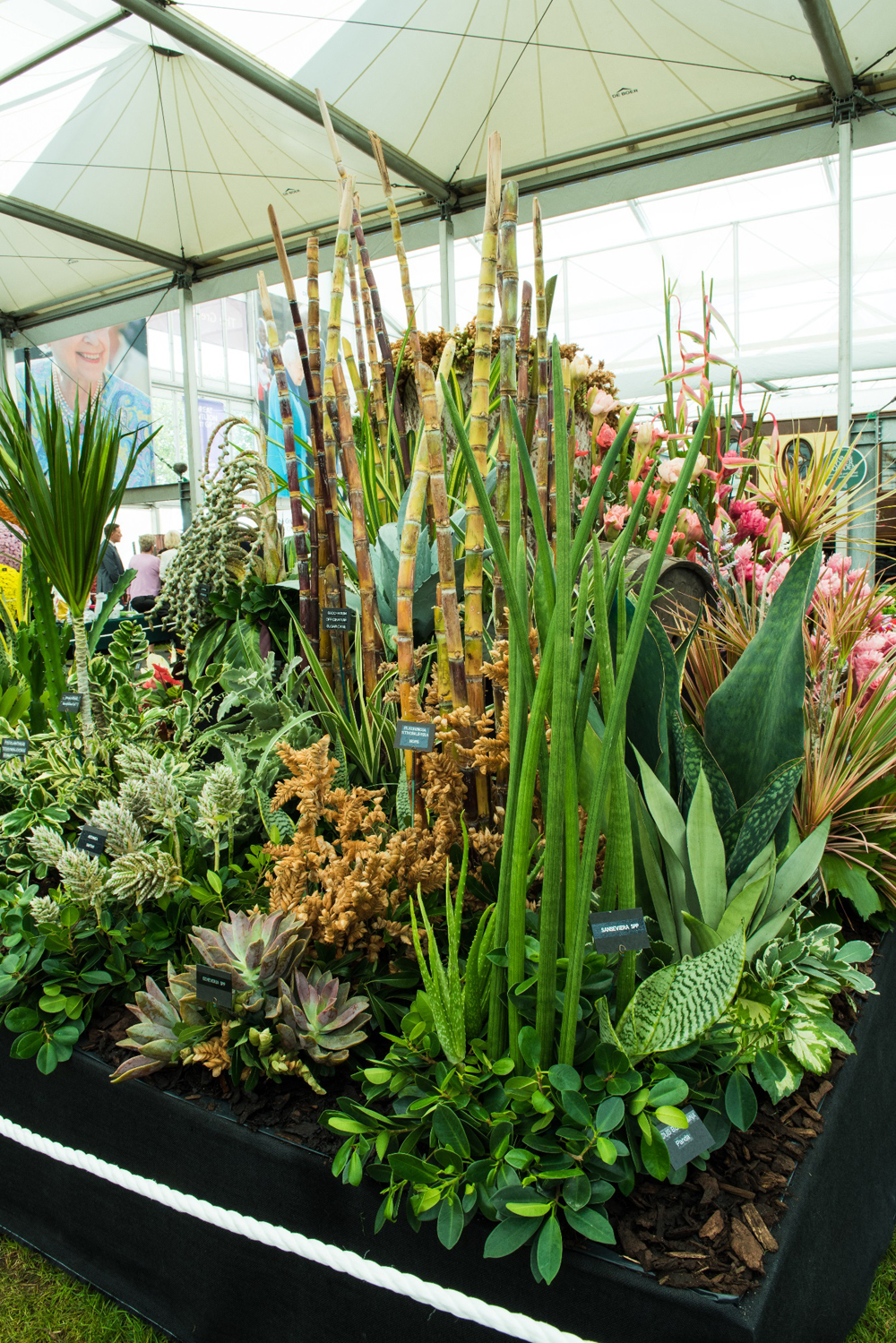 Perhaps even more impressive than the garden itself though is the work that goes on behind the scenes by the Barbados Horticultural Society and its team of dedicated volunteers to bring this little corner of Barbados to Chelsea. Every bloom and piece of foliage used in the garden was grown on the island before being carefully packed into 72 cases and flown to London, free of charge, by Virgin Atlantic. It is worthy of mention that the judges at Chelsea pay special attention to the condition and quality of the individual blooms and foliage so the Barbados Horticultural Society team deserves further high commendation for successfully growing and acquiring such magnificent floral material at a time when Barbados was suffering drought conditions. 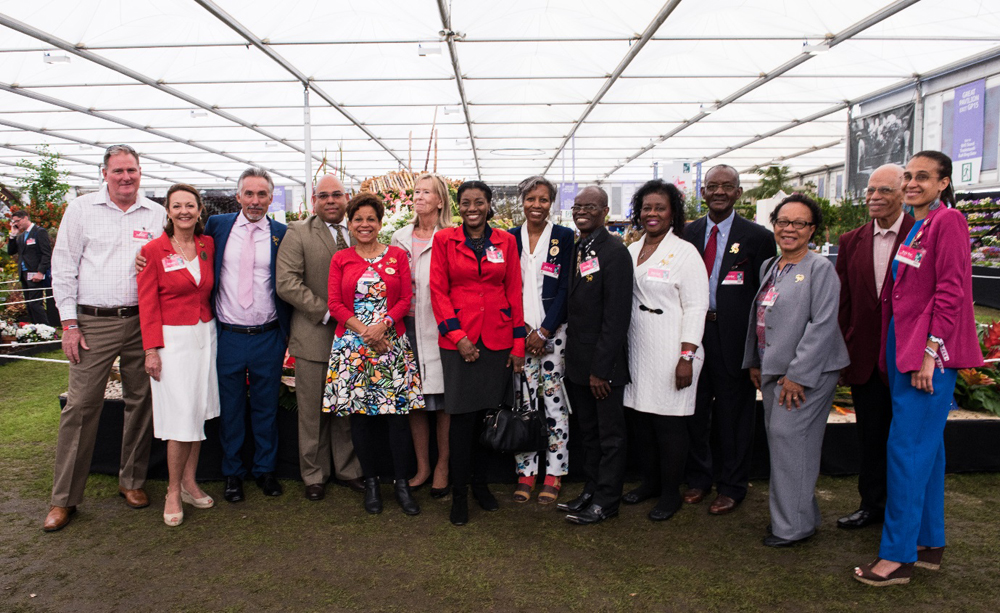 One of the significant secondary roles of the BHS exhibit at Chelsea is to promote the importance of tourism to the economy and lifestyle of Barbados, as well as to portray how the amazing beauty of our natural environment is an integral factor in making our island such an attractive place to live or visit. On Monday’s special Celebrity and Media Day, Ainsley Harriott, long term friend of the country, charmed and entertained a steady stream of representatives of the press and media for over two hours. The tremendous BHS success story at the Chelsea Flower Show is a classic example of how Barbadians can achieve truly world-class standards when they work together as a team.’

The stunning photographs of the Barbados Horticultural Society’s ‘This Place Barbados’ garden seen here were taken by award winning flower and garden photographer Derek St Romaine. You can see more of his wonderful work on his website Garden Photo Library

I hope you have enjoyed todays peek at the ‘This Place Barbados’ garden! This year’s show is a particularly special one with Cleve West (who created the garden at our London showroom when we first opened 20 years ago) winning a gold medal for his ‘M&G Garden’. Raymond Blanc providing hospitality and my Son Olivier Blanc assisting with the Tom Smith Plant’s garden (pictured below). The Tom Smith Plant’s garden is a container grown fruit and vegetable garden designed to show what can be grown in a small space and was awarded a silver gilt medal at this year’s Chelsea Flower Show. At last year’s Hampton Court Flower Show Oli won a bronze medal for his garden based on the world of Henri Le Worm, a colourful character created by Oli and his business partner, Charlotte Salt, which aims to inspire and educate children about growing, cooking and eating good food. The garden featured wonderful examples of home grown fruit and veg kindly provided by Tom Hare Plants so Oli was very pleased to be able to reciprocate and lend a hand at this year’s Chelsea Flower Show. You can read about Oli’s success at last year’s Hampton Court Flower Show here and learn more about Henri Le Worm and his friends by visiting the website at www.henrileworm.com

Did you attend the Chelsea Flower Show this year? Do let me know your highlights!